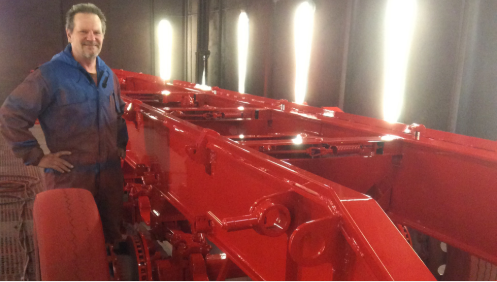 Jyki Oy is a body shop founded in 1968. Jyki Oy manufactures trailers for transporting timber, soil and gravel, as well as swapbody trailers for transporting a number of different cargo.  Jyki Oy manufactures all parts and elements of the trailers except the axles. In addition of Finland, the deliveries go to Russia, Sweden, Norway and the Baltic countries. The number of staff is approximately 70 of which 1-2 persons work in the paint shop. The factory delivers around 250-300 trailers on yearly basis. The interviewee from Jyki Oy is the warehouse manager and painter Markku Vataja.

For Vataja, the most important reason for choosing ProcessManager were the time savings. This obviously benefits the factory as well as the painters. Before ProcessManager, some of the products might run out – or were missing from the weekly order due to human error. Also the value of stock might suddenly rise because of the errors in orders.

The ordering process was rather burdensome, as someone had to go through the shelves and cans every time prior to phoning the orders to the supplier. The whole process took approximately an hour or so per week. The main goal was to release that time so that it could be spent on productive work, this was realized with the help of ProcessManager. ProcessManager provided a solution for optimizing the stock balance as well.

“After the installation of ProcessManager, the number of orders decreased and the ordering process has become easier. Decreasing the stock value also had a clear effect on optimizing the money movement of the company as such.”

The supplier checked together with the painter the weekly consumption of the products and based the minimum storage number and the number of orders to this. After the use of ProcessManager, number of orders decreased and the ordering process became easier as well. Decreasing the value of stock had also a clear effect on optimizing the money movement of the company as such. 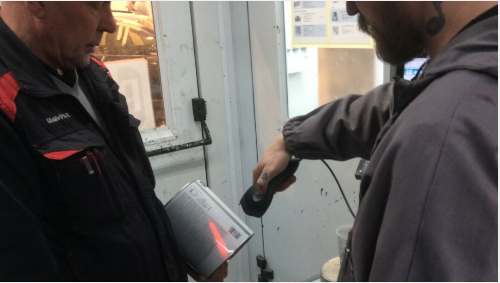